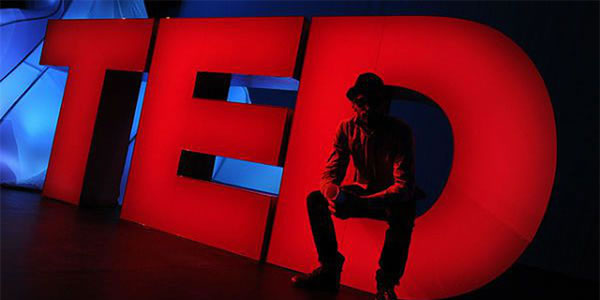 This year’s TED conference showcased a number of thought-provoking talks, but if you weren’t able to spend the $8,500 for the standard pass to get in (most of which is tax-deductible), many have been made available online.

According to Business Insider, here are nine notable talks that are worth watching for free.

"Don't fear intelligent machines; work with them" by Garry Kasparov 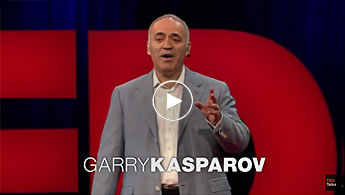 Twenty years ago, Garry Kasparov, one of the greatest chess players ever, lost a match to IBM's Deep Blue robot. It was a humbling experience, but one that Kasparov believes will happen far more often (and in many more areas of life) as time goes by.

Kasparov's talk encourages people to think differently about a robot-dominated future. Instead of seeing AI as a force of evil, he sees it as a way to remove uncertainties and difficulties from our lives.

"The future we're building — and boring" by Elon Musk 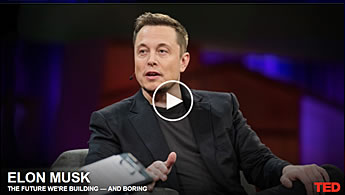 Tesla CEO Elon Musk discusses the myriad projects he's working on at any given moment with head of TED Chris Anderson. He talks about driverless cars, going to Mars, and the future of LA traffic (or lack thereof) thanks to his tunnel-carving enterprise, the Boring Company.

The entrepreneur raves about his plans for the future and how much better he hopes it will be.

"Poverty isn't a lack of character; it's a lack of cash" by Rutger Bregman 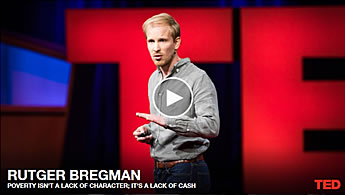 Historian Rutger Bregman makes the case for universal basic income (UBI), a wealth-distribution model that involves giving people a set amount of money to use however they want.

Bregman's talk traces the history of UBI, including an experiment carried out in Canada in the 1970s that managed to effectively eliminate poverty. Bregman imagines what would happen on a global scale if everyone could have their needs met in the same way. 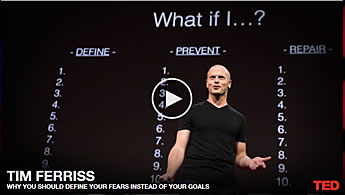 Investor and author Tim Ferriss likes to use the technique of "fear-setting," rather than goal-setting, to make progress in his life. He says fears can paralyze you from even starting toward an outcome, so managing them should take priority. 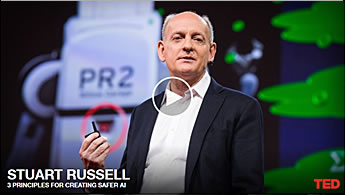 AI expert Stuart Russell takes Garry Kasparov's sentiments a step further to provide a roadmap for creating a robot-powered future. He says there are at least three principles to keep in mind as humans create super-intelligent machines: altruism, humility, and the ability to learn.

If robots can be totally selfless, recognize they don't know all there is to know about humans, and be willing to gain more information, Russell thinks all of humanity will be better off.

"Don't feel sorry for refugees — believe in them" by Luma Mufleh 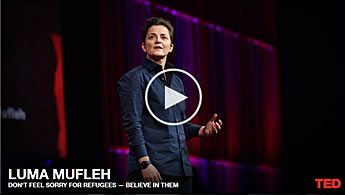 The child of a Syrigan refugee, Luma Mufleh now helps boys and girls in the US who have been displaced by conflict in their home country. She also works to spread awareness of the plight of such children.

"Their journeys are haunting," said Mufleh, the founding director of the Fugees Family nonprofit, which helps refugee children. "But what I get to see every day is hope, resilience, determination, a love of life and appreciation for being able to rebuild their lives."

"What happens in your brain when you pay attention?" by Mehdi Ordikhani-Seyedlar 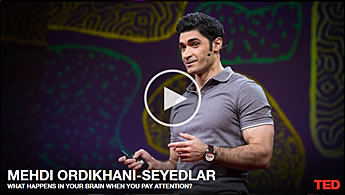 Neuroscientist Mehdi Ordikhani-Seyedlar takes his audience inside the human brain as it performs a task designed to assess attention. The experiment Ordikhani-Seyedlar offers shows that the brain really does filter out certain information when it's trying to process something more important.

He views these findings as evidence that it could be possible to communicate with comatose patients or help people with ADHD by using brain wave patterns.

"Thoughts on humanity, fame, and love" by Shah Rukh Khan 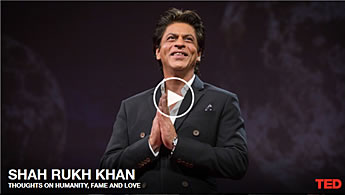 Bollywood actor Shah Rukh Khan recalls growing up in India as a young teenager who'd lost both of his parents. He tells of his experiences moving to Mumbai and feeling like his dreams had come true.

Decades later, as a self-described "aging movie star," his talk swirls together his thoughts on life, the internet, dance, and finding a sense of self amid all the chaos. 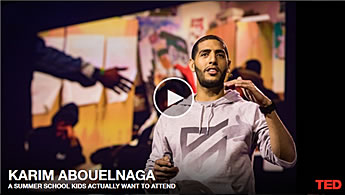 Karim Abouelnaga is the cofounder and CEO of Practice Makes Perfect, a company that hires teenage mentors to help low-income kids stay engaged in academics for six weeks over the summer. He's just 25, but his talk makes clear his educational wisdom.

PMP helps kids avoid the dreaded "summer slide," a phenomenon in which compounding skill loss over the summer sets up poorer kids to do worse in life as adults. Rather than lose knowledge between June and September, kids in PMP retain and even increase their reading and math abilities.